When you’ve stayed up late to do literature coursework which you haven’t gotten anywhere with and is due the next day and everyone is making a fuss about irrelevant things like inspection (which has no influence over your set due dates whatsoever), what do you do? You write a parody remix of an overplayed song. 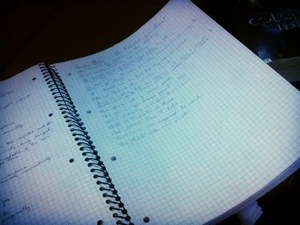 *to the tune of Beyoncé’s Drunk In Love*
“I’ve been sleeping,
I’ve been sleeping.
The fatigue keeps getting to me, man, and dammit,
I’ve been stressin’,
I’ve been stressin’.
The coursework ain’t gon’ do itself and baby,
I want. June. Now, now.
Why can’t I keep my deadlines in control?
I want June. Now, now.
Lord above!
I want June.
I woke up in front of my textbook saying how did I even fall asleep? Oh baby.
I need a shove!
It was meant to be all night.
I said I remember telling myself I was gonna stay up till one.
But I’m not done!”