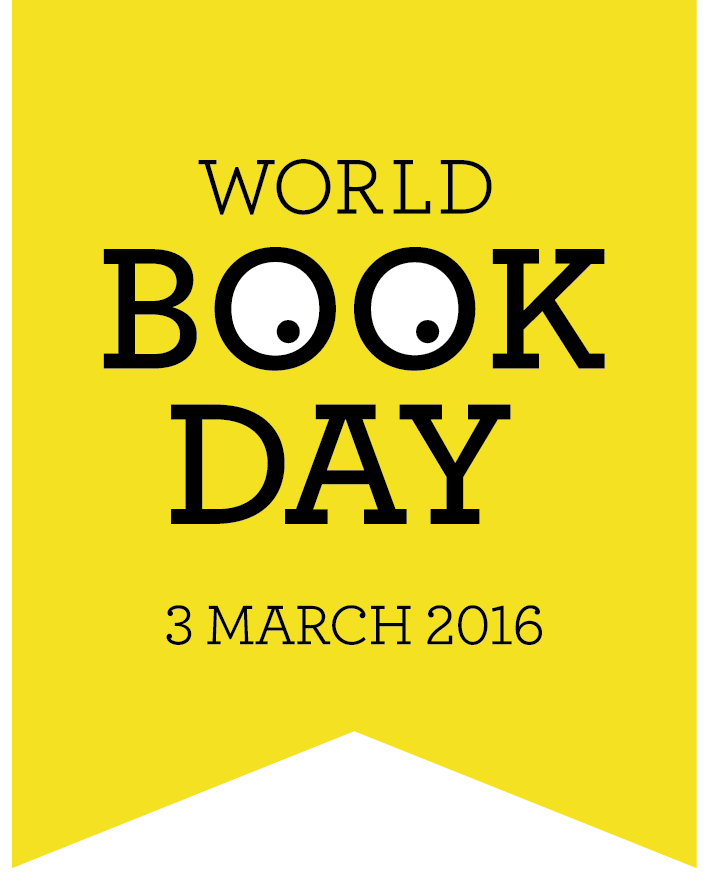 I was thinking of writing this and posting it yesterday (yesterday, 3rd March, was World Book Day 2016), but circumstances got in the way, and I also got lazy, so I didn’t. But then @EDWVN started this long Twitter thread about how he got into reading, and I loved his story! I told him so, and he said he was looking forward to hearing others’ stories, including mine, so I said, why not, it’s not too late. (I mean, it kind of is, but you understand what I mean.) So, here’s my story.

Before I was six years old, I was a relatively boring child with nothing remotely interesting about my personality. All I did was go to school and come back. LOL. Also, apparently, I was really bossy. But that’s not the point. I wanted to be a smart kid. And all these Ghanaian adults around me kept telling me that smart kids read a lot. So I wanted to read a lot, but I never could get into it myself.

My mother used to read to me every night before bed. I basically memorized that illustrated book of nursery rhymes, and the multitude of Ladybird Disney fairytale books which were 3000% over-simplified transcripts of the movies. I’m telling you, I was such a fairytale addict, I could have eaten Disney for breakfast, lunch and supper. My dad had a subscription with Blockbuster, and every time he went to borrow movies, I’d tell him not to come back without Snow White – then he could pick for me whatever other irrelevant thing he thought I’d like. Just get me Snow White. (And Inspector Gadget.) These are the two movies I’ve watched most in my lifetime.

Anyway, back to the reading before bed. (My writing is really scattered right now because I’m typing directly rather than typing up what I’ve written down physically, and my typing speed is really fast so I’m putting my thoughts down nearly at the same rate of mayhem they occur in my head. Messy.) I think I memorized the words so I kind of thought I was reading, but I really wasn’t.

I had a Judy Blume book called Double Fudge. It was the only real book that I had – by which I meant it wasn’t a transcribed Disney movie or a book of nursery rhymes. And I tried so many times to read it because I wanted to get smart but dangit, it just wasn’t working!

And then one day, my aunt came down from Ohio, and she brought me this storybook, by the person I would one day call my father. The book was called “The BFG”. 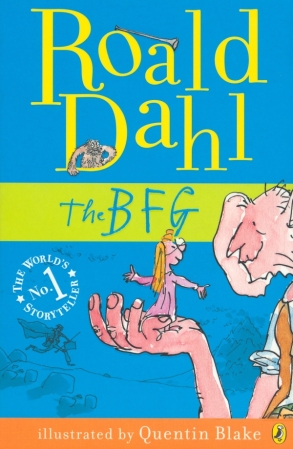 Now I’m about to tell you about my family.

I’ve probably read 90% or above of all of Roald Dahl’s Children’s books. I kind of lived on Roald Dahl. I call him my father because he was the first writer whose imagination really blew me away. It was he that inspired my love for reading, and I might be an entirely different person if I hadn’t discovered him exactly at the time that I did.

“Double Fudge” was just tough and I could never get past the first few pages. But as soon as I started reading “The BFG” (which is a book about a girl who meets a Big Friendly Giant, who is actually really small for giant size), I was like, “This is MAGICAL! I want more, more, more!” And thus, the addiction began.

Dahl was British, Dahl was brilliant, Dahl died 8 years before I was born. Dahl was a lexivist; he made up so many words which have somehow stuck with me till today. Among them is the word “whizzpop”, which was used in The BFG to mean “fart”. 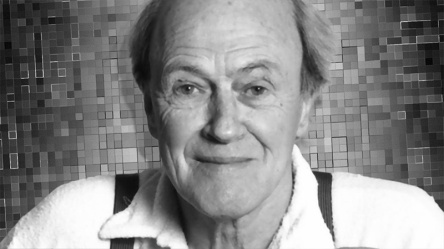 Sometimes, other books I would read would start to bore me, and I’d think, “Ugh, why can’t you be as magical as Dahl?” and then I’d go right back to The BFG and then read it again. I’m very prone to go back to things I love, like an addict. I don’t get those people who say they can’t watch a movie plenty times or read a book more than once. I always remember how these things made me feel, and I so I know where to look when I want to feel that way. I started reading The BFG biannually (the type of biannually that means two timesi n one year), from the year I was 7 to like the year I was 12. I haven’t read it again since then. Unfortunately, I have a feeling that I will no longer be able to find that book in my house. But I’ll always remember Roald Dahl, and The BFG, for first making me love words.

Also, my mother had this friend who had this library somewhere near Spintex, and that became my favourite place on the planet. The maximum number of books you could borrow at a go was 3. I was so insistent and voracious that I was allowed to take 10 at a time. It was a usual thing for me to read seven books a week, during summer holidays. Antisocial? Yah, dazz meh!

Don’t even let me get into my Harry Potter craze. This post won’t end today! So we pause here…

We’ve talked about consuming books…Now let’s talk about making them.

This woman got me writing. She gets all the credit for this one. My English teachers never did jack for me. Creative Writing was an utter bore; there was very little that was creative about the writing I had to do for classes.

But there was some time that I did really well in school and I asked my parents to buy me a book as a reward on Open Day. They bought me two or three. All by Enid Blyton, all in the same series. I stayed up and read the first one that night. Somehow, I was a way faster reader when I was ten years old than I am now and might ever be again.

I remember reading all her mystery stories (I’ve probably read more books by Enid Blyton than I have read of anyone else, ever, in my life.) and thinking, “This is super cool. What if this all happened in Ghana rather than England?”

And so I began re-imagining. Of course, this was at a time when the only Ghanaian/African stories I had ever read were those small, MacMillan publications about Kofi and Ama, and the moral of the story is don’t have premature sex and whatever. I was bored. I was tired of stories with morals that you could QUOTE, without metaphors. I was tired of being constantly told that the art of storytelling was not an art unless it was utilitarian in a very, very obvious way. I remember my performing arts and English teachers shooting all my stories down because they were meant to entertain rather than to give people moral advice, because evidently, “I couldn’t write like an African.” Wharreva. LOL.

But yeah, I was ten years old, I lived in Labone, and I recreated Enid Blyton mystery stories – right there in Labone, in the streets I knew best, with kids who were just like me – caught in a strange national identity crisis – even though I didn’t know it then. I have a copy of the first story I ever wrote right here with me now, in soft copy. It was a mystery story called “Search for the Voice,” about a ten-year-old girl who went all around the neighbourhood looking for her voice, because she’d “lost” it. Corny, I know. Leave me alone, I was ten. Haha, I wrote it when I stole (I mean borrowed) my father’s old laptop when he wasn’t home one time. (Eventually, I started “borrowing” it so much and so often he let me have it. Once I had a laptop I stopped sleeping, o! MSWord was my BFF.)

That same year, I started a whole mystery series of a group of Ghanaian pre-teens called “Mini-Police”, which I couldn’t be bothered to continue past Mini-Police 3. These were all modelled after Enid Blyton mystery stories! The “Famous Five” series and the “Secret Seven” series and the “Mystery Of” series and all of that jazz! I used to write feverishly, waking up at 2am to write and sleeping at 4, producing hundreds of pages, after which I would proofread, and then email to a handful of friends who were interested, when I was done. I felt like a legit writer, you know.

Chimamanda Ngozi Adichie, whom I am in love with, and would like to make my best friend one day, was the first person who actually showed me that I had something to write for. Before I even read any book of hers, I was exposed to her TED talk, “The Danger of a Single Story”. This was like four years ago. I was thirteen or fourteen then. I swear when I watched it I was like, “This is true! Yes! Exactly what I’ve been thinking! Whoa, madam, who are you and why have I never heard of you before?”

Turns out I’d never heard of her before because nobody in my domestic life knew her, and my academic system didn’t think she was worth mentioning to me.

Anyway, I fell in love with Chimamanda, and she’s probably the one African writer I relate with most which is really weird because I haven’t had even a quarter of the experiences she has had. Perhaps we just think alike. All I know is that she inspires me greatly, both as a writer and as a person. It might sound cliché, I know because “Oh, everyone loves Chimamanda”. But she’s amazing. Sometimes I think I watch/listen to her more than I even read her. But that’s not entirely true. I read her. Except that I haven’t read Purple Hibiscus. For no sensible reason too. It’s just been sitting on my Kindle for years. I’m really pathetic. LOL. 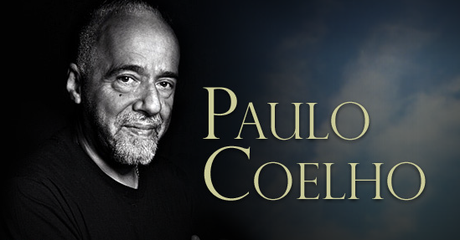 Paul and I sometimes seem to share a brain. I won’t even say much. Just go and read Veronika Decides to Die, the book which has made my life. Please and thank you!

P.S. about Double Fudge – eventually I went back and read it, and liked it so much that I read the rest of the Fudge series! LOL, imagine!

6 thoughts on “My Literary Story (A really long summary)”