I’m surprised I haven’t seen as many new year resolution blog posts this year. Are we just tired of declaring things for ourselves that we can’t stick to? Anyway, that’s besides the point. What’s interesting though, is that more than defined goals, at least 3 people I follow have more of central themes than anything else, for example, a word or a virtue, like “peace” or “joy”. I realized I kind of do the same thing – but I use songs. In 2015, my theme song was Lecrae’s Anomaly. In 2016, I didn’t explicitly choose a theme song, but I guess it unfortunately ended up being Sia’s Unstoppable. I wrote a blog post on it, which I am not eager to re-read, because those were depressing times.

This year’s song just happens to be the appropriately titled Excellent, 2017 by Sho Baraka, off his latest album, The Narrative. Every song has a year attached to its title, and this one is perfect for this purpose. [Side-note: Please listen to The Narrative. It’s great stuff. My favorite changes, but for now, it’s Love, 1959.]

“Hat on top ’cause we think excellent

Frames on straight ’cause I see excellent

Dressed for success ’cause I be excellent 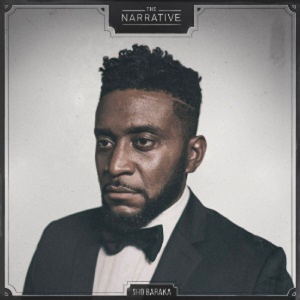 In 2016, when Tronomie became my best friend, I invented the word “swagblocking” just for him. At first it seemed like he was just cockblocking himself, but then I realized it extended beyond that context even. He refuses, to this day, to acknowledge nearly anything about himself which is cool. (And that’s everything about him, by the way, because he’s an amazing human being.) So he was swagblocking himself. Speaking down on his own genius, for no apparent reason. And it was ridiculously annoying until I realized I do it too. Now I’m not okay with that.

What really sparked my discomfort is the realization that my influence is growing. An increasing number of people now have their eyes on me, either because I interest them, they resonate with me, or they generally admire what I am doing. Now, the more my influence grows, the more unhealthy my giving in during my battles with my inferiority complex gets. There are several reasons why. For one thing, I cannot imagine the nasty spiral my psyche would take if I kept this up, believing that every single compliment I receive is a lie. The compliments keep getting longer and more heartfelt and there’s going to be a destructive, consuming war within me if the self-deprecation simultaneously augments.

Another thing is that I’m a freaking lexivist – an activist/advocate for word-related things, and I want to actually help people to go forward with their word-related endeavors. AS I said, there are far more people looking up to me than there used to be, and I’m going to be no help to them if I consistently refuse to acknowledge my own abilities and achievements. Then I become a dormant resource, which completely defeats the “activism” part of “lexivism”. So the swagblocking gotta go.

But the most important reason why it gotta go is that it stops me from being excellent. Swag-blocking is being defeated before one has even started. When you begin by believing you are “not that good anyway”, chances are, you will not be able to push yourself into creating art that is anything better than “not that good anyway”. It’s entirely unhelpful when you are, like me, aiming for excellence.

“Art on high ’cause we make excellent”

I am on a mission to become the person I want to be – the person I believe I was meant to be. I’ve found that I waste too much time. It takes far too long for me to bring my ideas to fruition, not because I’m meditating on it, but probably because I spend hours a day scrolling through timelines. And it’s made me realize I’m letting a lot of opportunities pass me by. This must stop.

I’ve decided that I’m going to take my writing way more seriously. Like my life depends on it. Which it does. Well, the career part of my life, anyway. I need to be writing like I actually plan to get published. Because as much as I love words, I must admit that I half-ass things a lot.

Additionally, I’ve discovered that I’ve been passively running away from things I’m too scared to try. Like making new friends. Asking people for favors. Buying books that I want. Saying things that I mean. Being a rapper. Starting a YouTube channel. Learning videography. In IWITP, I said “I just wish I could have been bolder.” In 2017, I am saying, “Well then, be bold now.” A huge part of all this is learning how to not be scared to fail. It’s entirely possible that I could fail at any, none or all of the things I bother to try. The important thing is not, as they say, to at least have tried; for me, the important thing is, if I fail, to have failed excellently. Even trying can be half-assed, you see. But I can only fail excellently if I tried excellently.

“If you’re reaching for the top, you better learn to survive