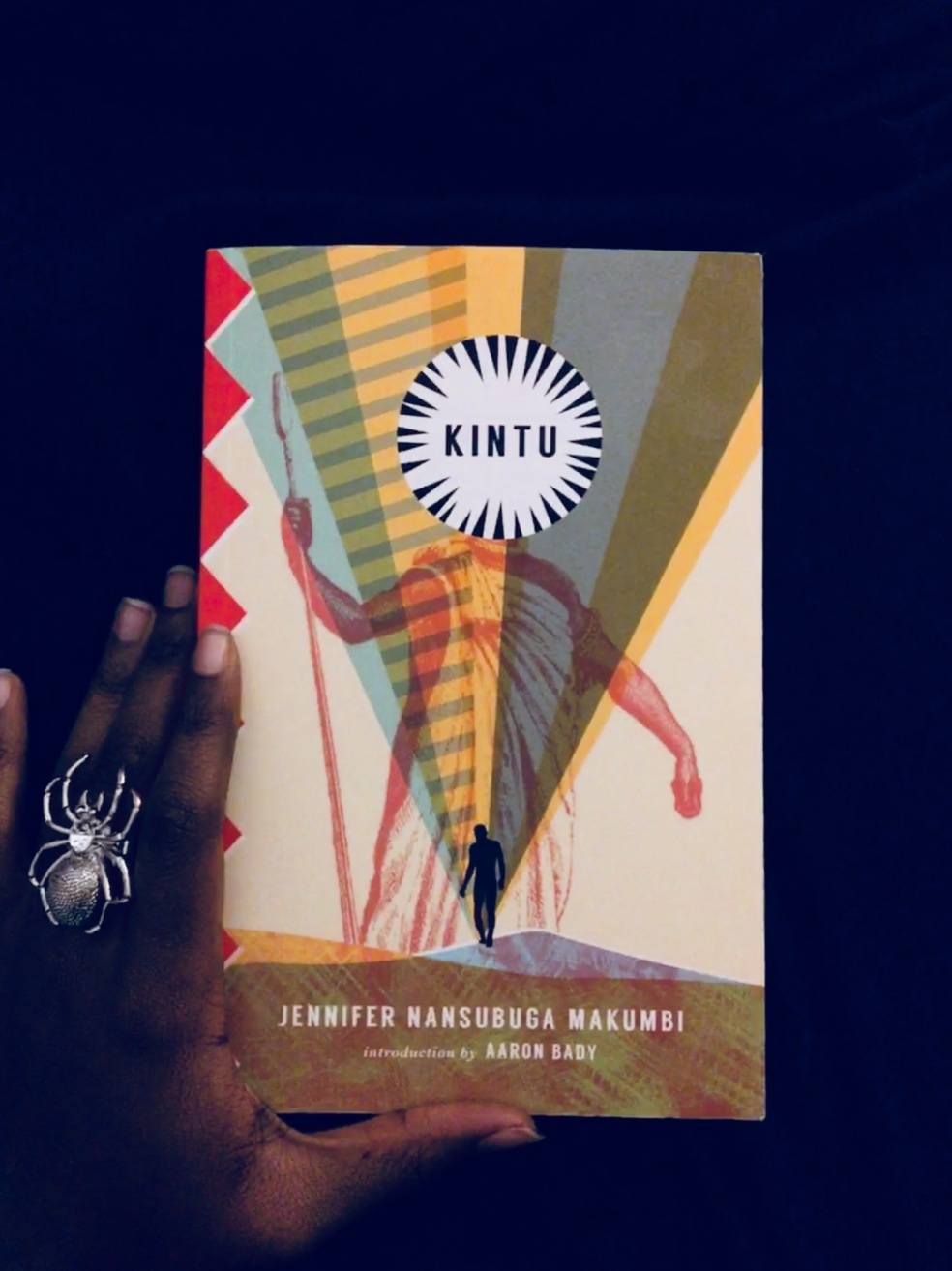 If I had to summarize this book in a single word, I’d choose “epic”. Both the literal and connotative senses of the word are appropriate. I read this 430-page book in a single weekend, which, frankly, shocked even me. I had expected to have to dedicate a whole month to such an intimidatingly large book, but it proved me so wrong that when I started, I could not stop. Let’s not talk about how much I procrastinated with other responsibilities during those few days. No regrets, though, because Kintu is now one of my favorite books.

The book’s events spanned chronologically from the 1700s all the way to 2004, telling a long tale of individual characters’ interconnected life stories. The root of nearly everything is a common patriarch named – in case you couldn’t guess – Kintu.

The beginning portion of the story, which concerned tis patriarch, was impressively immersive. I couldn’t help but marvel at how easily I could feel the existences of Ganda (and Tutsi) characters from the 18th century. It would surely have taken a powerful combination of imagination and writing skill on Makumbi’s part, to make these characters feel so real.

The most complex character for me, I think, was Kintu himself, and his internal conflicts were at least as interesting as his actions. For instance, his bullish insistence on having Nnakato as a wife, and not Babirye. Nnakato and Babirye were twins; Babirye was older, and it just seemed absurd to everyone other than Kintu that he should want to marry a younger twin when the older was still unmarried. Kintu’s aversion to Babirye was so strong that I kept wondering at which point she was going to suddenly reveal herself to be a witch or demon or something. Honestly, at some point, I was just like, Chale, just marry the girl and continue with your life, eh? But Kintu’s bullheadedness was something else entirely.

Also, I liked that Kintu had a critical mind, through which I believe the book sufficiently explored the nature of the ages-old conflicts between what an individual wants and what that individual’s culture says s/he must have instead. Even in the 1700s, Kintu was aware of cultural ironies – for instance, how can a cultural system believe that twins were initially one in the womb and quarreled so much that they had to be separate from each other, and at the same time keep insisting that twin women stay together even through marriage? In Kintu’s opinion, if two beings have wanted to be separate since before they were even born, why are you insisting, now that they are grown women, that they still must not be separated? And I was like, well, he’s got a point there…

And then there was his sexual exhaustion, which I found wonderfully intriguing because I can’t remember ever having read a character with a problem like this before. Because Kintu was a Ppookino, he had women being offered to him as wives very often, so that his first wife, Nnakato, even had to draw up a roster that determined how Kintu split his time among them. But Kintu was an inherently monogamous man – his heart and love belonged only to Nnakato – living in a society that imposed polygamy over him, and it annoyed and exhausted him to have so many women to be obliged to sleep with. It was a curse and a trap unfortunately attached to his privilege, and it made me once again think deeply about the often tense relationships between individual interests and collective culture.

I also generally enjoyed being let into a vivid re-imagining of the operations of the Buganda kingdom and its politics, through fiction. Fiction is my favorite gateway into history (and most disciplines of knowledge, actually), and I feel like Makumbi has officially taught me more things in more memorable ways about a pre-colonial African society than any textbook ever could. This pleases me immensely.

Anyway, despite all of the super cool sub-themes in this epic novel, I’d say the main, over-arching one is juju. (Obviously not spoken of in terms of that specific word, it’s the closest I can get to what I mean.) Juju is how the thing upon which the rest of the story is based happened, because it resulted in a multi-generational curse upon Kintu’s bloodline by a Tutsi man. The nature of the curse was that it kept manifesting in different but eerily similar ways among the various descendants of the patriarch, until pretty much the end of the book.

I think all the lineage/descendant business was masterfully carried out. The way names were intentionally or unintentionally passed down, consistently mirrored those of the 18th-century characters from the novel’s first section, and it made the journey so wild. It was surprising, even, how anxious I got, any time a character with a name I recognized was introduced. My heart would start pounding in preemptive despair, wondering how the Kintu curse was about to strike this time. The way the curse worked was simultaneously patterned and unpredictable. The suspense was crazy.

Given that the book had so many characters, I was highly impressed by the fact that each main one still felt tangible and complete to me. A story that spans over hundreds of years is, I think, very difficult to achieve this with, but Makumbi did it so well. (Chale, so now what excuse does Homegoing have? Maybe it should have been at least 200 pages longer than it was.) Each character felt different and knowable, and their histories and explanations for why they were the way they were, made sense to me as a reader.

Lastly, one thing about Kintu that I appreciated was how “too African” the subject matter was. In this way, it reminded me of the feeling I had after reading Nii Ayikwei Parkes’ brilliant Tail of the Blue Bird. Kintu was uncompromising in how rooted it was in the locality of situations, people, stories, politics and family. It didn’t have to force any “international” issues or characters into the tale to make it more palpable to any literary market. Even the nationalist/identity distinctions it made were more African-originated than Berlin-influenced, and when it was Berlin-influenced, the narrative was self-aware of the fact.

2 thoughts on “My Thoughts: Kintu”