My name seems to have appeared in quite a few places over the past few months, so I thought it would be convenient to give my blog readers an update on all of them at once. I’m not usually this involved in things, so I don’t expect blog posts like this to be frequent. But, for now, here we go:

A few weeks ago, I found out I was longlisted for the 2018 Writivism Short Story Prize. The shortlist was released yesterday and I did not make it that far, but making it onto the longlist means that my short story, as well as all the other longlisted writers’ short stories, are going to be published in an anthology by Black Letter Media later. So, that’s fantastic.

Poetra Asantewa launched a new art magazine in July, and for its first issue, she got a few people to contribute. My contribution was a very dissatisfying story that we can pretend is sci-fi flash fiction for classification purposes, highly augmented by some lit photography by Josephine Kuuire. The magazine is really refreshing in terms of layout, vibrancy, minimalism, collaboration and the general nature of its content. I highly recommend you take a read – it’s very short – and digital versions are available on the Tampered Press website.

Paapa hMensa, a musical and lyrical legend whom I’ve met once (he probably doesn’t remember it, though, because I was entirely irrelevant then, and it was during his concert, so he was meeting a ton of people at once anyway), released the second installment to his Technical Difficulties EP series, and the title track features me! It’s a beautiful song, going perfectly excellently as it plays, and then I barge in and start talking plenty in the name of spoken word poetry, SMH. I also briefly introduced each song, so my voice is on literally every track. 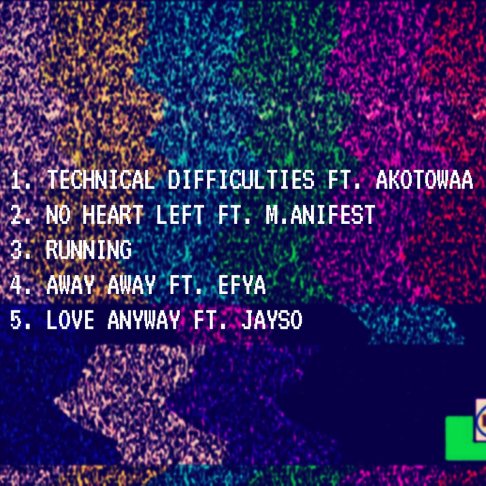 The EP is amazing, it’s been on heavy rotation in my music library since it dropped, and it’s musically even better than its prequel. (Is the word prequel applicable to musical projects? I don’t know.) Paapa is a magician, because I don’t even understand how he managed to achieve that. No Heart Left, ft. M.anifest, is a favorite. You can find his EP on pretty much every major music distribution site. 🙂

The DJ duo, #IFKR, which is composed of Eff the DJ and DJ K3V, released a new EP yesterday, exclusively on the Ghanaian musical platform, Aftown. I introduced that EP as well, with a lot of talking in the beginning that feels very weird to hear because I wrote it years ago and hadn’t heard it for a while. The entire EP has been years in the making, and I can personally vouch for the true banger-ness of particularly Lie B3n which features Ayat, and, of course, the pre-released single Omi Gbono, which features Odunsi. You can find the link to the EP here. 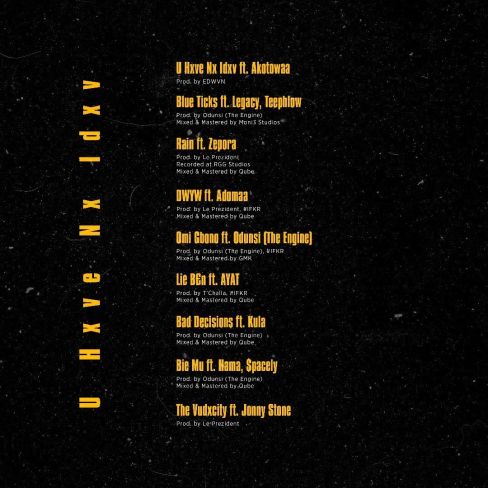 I know a previous blog post has mentioned this already, but I compiled Kuukua Annan’s OTC stories into a single PDF and created a new site for the OTC project so ayyy check it out and tell a friend!